OMFG, this is definitely going to being sited by the IRS as a reason for taxing the economic activities of Second Life. Afterall, Second Life is important enough for Judge Posner to consider promoting his book “on it” or “in it”. 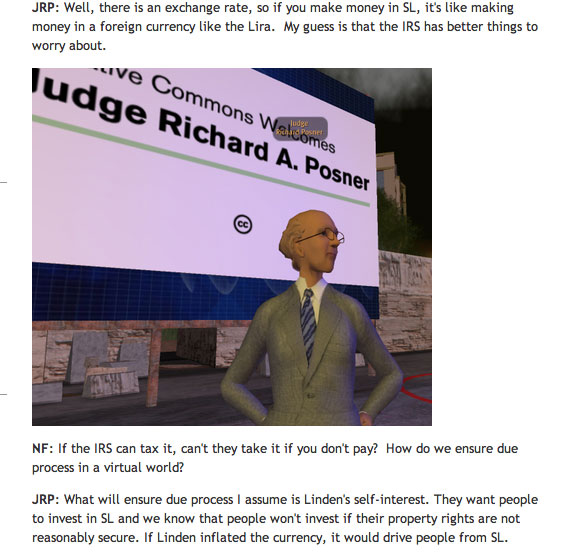 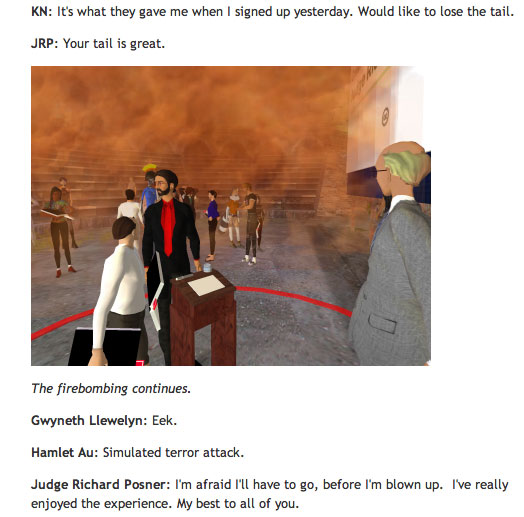 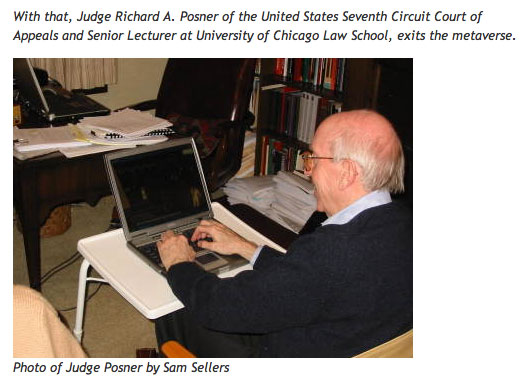